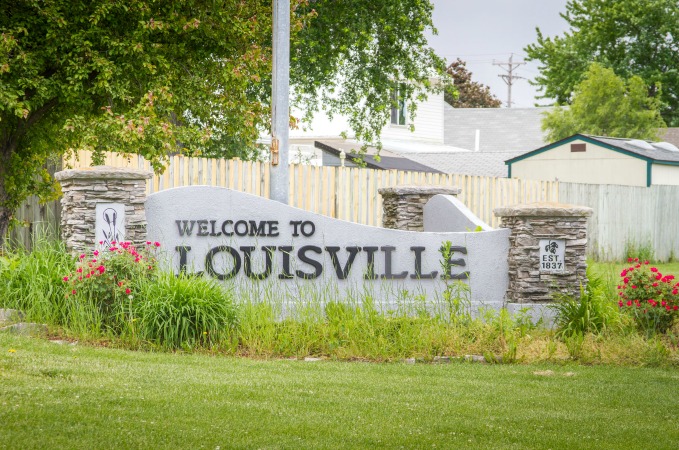 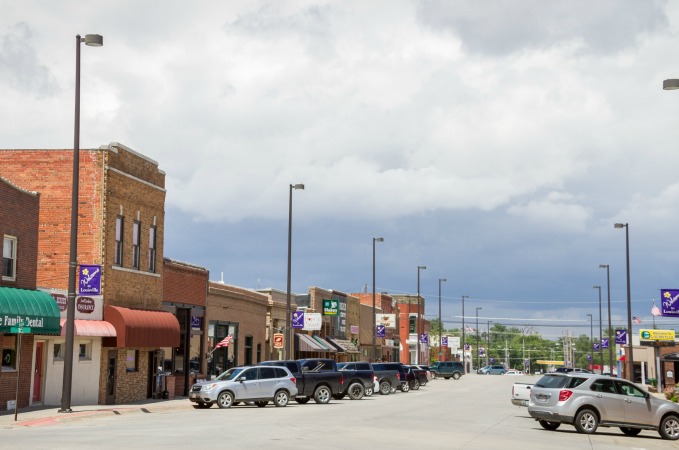 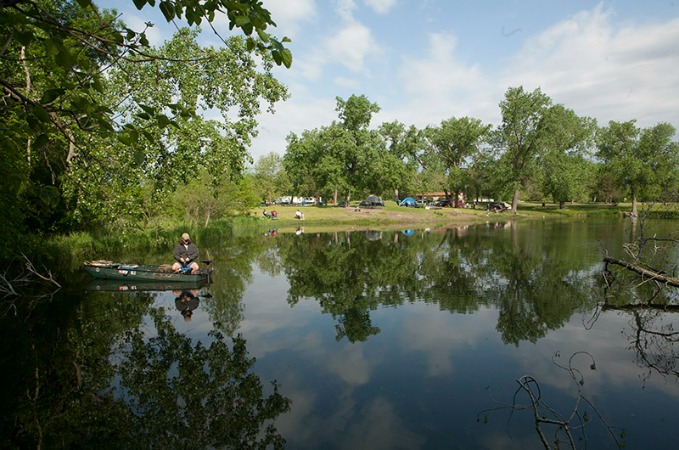 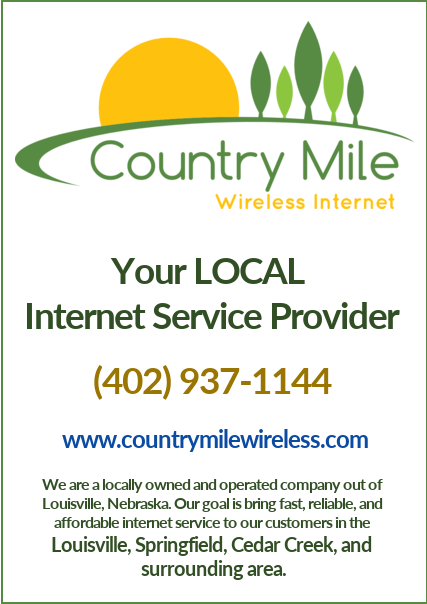 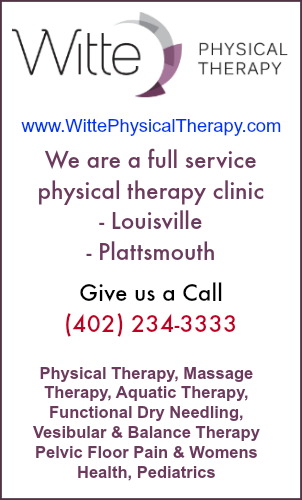 A regular meeting of the City Council of the City of Louisville was held on Wednesday, August 8, 2012, at 7:00 p.m. at the City Hall.  Present were Mayor Alan Mueller, Council Members Roger Behrns, Jerry McClun, Clete Petrzilka and Randy Jensen. Also present were City Attorney Roger Johnson, City Supervisor Dan Henry and guests. Mayor Mueller stated that the Open Meetings Act is posted at the rear of the room and a copy of all meeting materials is available with the clerk.

Mayor Mueller opened the hearing at 7:01 p.m. to consider the designation of the blighted and substandard for property legally described as: THAT PART OF THE SE1/4 OF THE SW1/4 LYING EAST OF STATE HIGHWAY 50 AND THE SW1/4 OF THE SE1/4 EXCEPT TAX LOT 59 AND EXCEPT SAND HILL ROAD, ALL IN SECTION 22, T12N, R11 EAST OF THE 6TH P.M., CASS COUNTY, NEBRASKA. Jeff Ray from JEO briefly described the study and intent of the designation. He assured the council that it doesn’t affect the valuation of the property or any adjacent property. Eight of the twelve characteristics were found for blighted and four of six were found for substandard. Jeff also stated that a City cannot designate more than 50% of the corporate limits but with this designation, only 28% would be designated, assuming annexation. No other public comment was made. Mayor Mueller closed the hearing at 7:11 p.m.

Behrns moves, Petrzilka seconds to accept the lowest bid from Precision Enterprises for the Care Center hallway and resident room remodel as recommended by the Care Center Advisory Board in the amount of $604,752.00. Motion carried by unanimous roll call vote.

John Hassett was present with a request from Advanced Gaming to offer a Ten Spot game at KENO. The cost would be $1.00 and 10 out of 10 pays $100,000. There is no cost to the city and the hope would be to increase sales. Behrns moves, Jensen seconds to approve the Contingent Prize Contract #1784V2 with Advanced Gaming Technologies. Motion carried with unanimous roll call vote.

An Adventure Race requested to begin and end in Louisville has been canceled due to the drought. No council action taken.

Kathleen Gauthier was present to inform the council of a new group of homeschoolers in the Louisville area that is looking for ways to serve the community. Project dates were presented and the council was asked to let the group (called Teen Serve) know of any residents needing service. They are also willing to do work for the community.

Behrns moves, Petrzilka seconds to approve the pay request to OMG Midwest/US Asphalt for $1,000.00 for the balance of the 2011 street work completed paid with a joint check to both entities. Motion carried by unanimous roll call vote.

Petrzilka moves, Jensen seconds to approve pay application #3 to US Asphalt/OMG Midwest in the amount of $41,985.81 for the overlay project with a joint check to both entities. Motion carried by unanimous roll call vote.

The strip of red, stamped concrete on Main Street was discussed. It is in desperate need of repair. Mayor Mueller suggested contacting B.U.I.L.D. to get a consensus of how the businesses want to sidewalk to look because it is ultimately the property owner’s responsibility. There may be CRA funds to help defray some of the costs. Concepts and estimates will be gathered. No council action taken.

Parking in the grassy area at 707 E 2nd Street has become an issue. The council had previously offered this location to keep the cars from parking on the street around the curve, but the privilege has been abused with excessive cars and noise. A letter will be sent to the offenders to find alternatives for parking.

Mayor Mueller updated the council on the status of the potential UP property purchase and the challenges that go along with the purchase. Options were discussed at length.

A detailed budget discussion was held. Each fund was discussed with line by line itemizations.

Jensen moves, Petrzilka seconds to approve the agreement with James Kavanaugh to waive the sewer connection fee at his property contingent upon his wife signing the agreement by Monday, August 13, 2012 as a means of resolving threatening litigation. Motion carried by unanimous roll call vote.

Petrzilka moves, Jensen seconds to approve Resolution 2012-03; Designation of blighted and substandard for property legally described as: THAT PART OF THE SE1/4 OF THE SW1/4 LYING EAST OF STATE HIGHWAY 50 AND THE SW1/4 OF THE SE1/4 EXCEPT TAX LOT 59 AND EXCEPT SAND HILL ROAD, ALL IN SECTION 22, T12N, R11 EAST OF THE 6TH P.M., CASS COUNTY, NEBRASKA. Motion carried by unanimous roll call vote.

Dan reported for water, wastewater and streets. He also gave an update of Otoe County Rural Water’s progress for connection to the City’s water.

There were no reports for sheriff and rescue. McClun reported for the fire department with a thank you to Goldie for working three extra hours on a Saturday for a fire call. He also wanted the council to be aware of a sprinkler party on August 18th at the fire hall.

I, the undersigned deputy clerk, hereby certify that the foregoing is a true and correct copy of the proceedings had and done by the Mayor and City Council of Louisville.  To the best of my knowledge, the agenda was kept continually current and available for public inspection; and the minutes were in written form and available for public inspection within 10 working days.  The minutes are published in summary form.  Upon request a complete copy is available at City Hall. 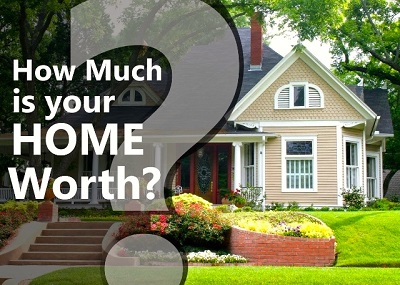 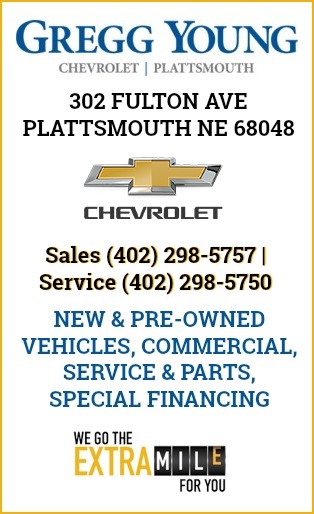 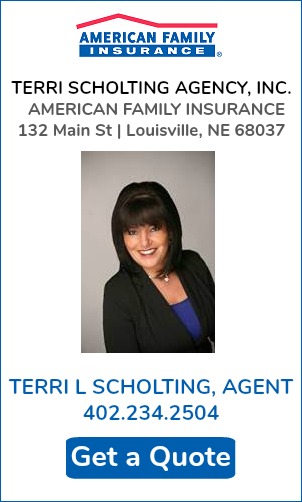 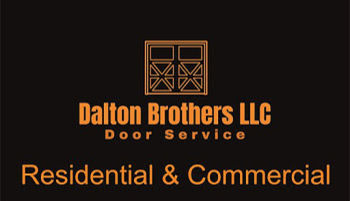